WE ACCEPT MOST EYEWEAR INSURANCE PLANS

The Spectacular People At the Spectacle

Our opticians are passionate about quality eyewear, and you’ll see that through every lens in the Spectacle.

As a boy, John Cottam (proprietor of the Spectacle) found himself hunched over a flickering candle one day trying to adjust his eyeglasses for a better fit. “Glasses shouldn’t have to be uncomfortable,” he remembers thinking.

Not surprisingly, all the eyewear at the Spectacle is comfortable.

As an adult, with decades behind the bench designing custom specs in his store on the Las Vegas Strip for the likes of Elvis, Elton John, Ann-Margret, Dean Martin, and Sammy Davis Jr., plus plenty more of us who have never stepped foot on a stage… John Cottam says that eyewear doesn’t have to be… well… ugly either.

Based in Utah for the last 30 years, Cottam harmoniously brings together comfort and style at the Spectacle like nowhere else in the state.

Cottam’s attention to detail, Old World craftsmanship and inimitable style has beckoned not only the stars, but Hollywood itself. He designed the tricked-out optics for Ridley Scott’s techno-thriller Blade Runner, starring Harrison Ford.

Even away from the glitter of Vegas, Hollywood still calls on Cottam. Again and again, the cast and crew of Touched by An Angel found their way to the Spectacle looking for custom props, eyewear and expertise available nowhere else.

And because Cottam is an honest-to-Pete optician, trained and certified in the art and science of personal optics, you can expect not only precise prescriptions, but a tailored fit.

A sign inside the Spectacle says it all. “Some people sing. Some people paint. I make eyeglasses. John Cottam, Optician”. 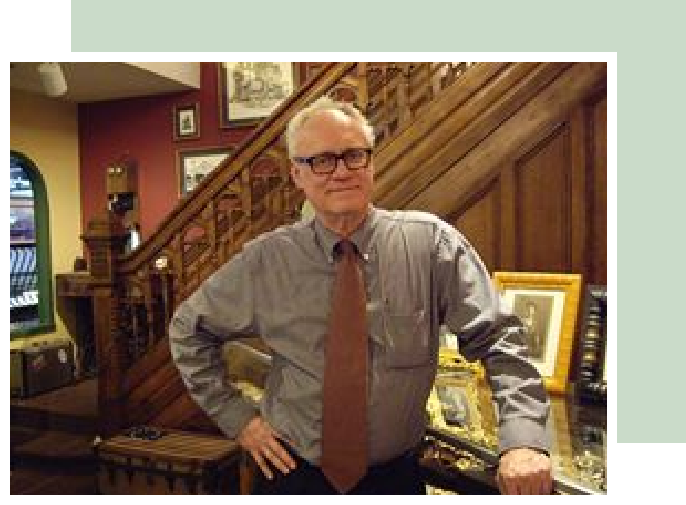 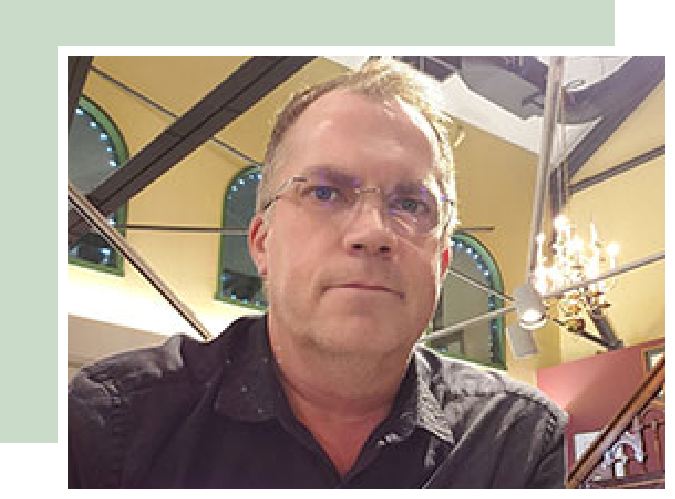 Travis began his optical career in Las Vegas at a well known “One Hour” optical chain store. He was quickly promoted to Lead Laboratory Technician while still in high school! Later, he took his optical skills to a large lab working as Assistant Manager, overseeing the manufacture of hundreds of lenses and eyeglasses every day. Looking for a change of pace from their busy life in Las Vegas, Travis & Nicole moved their family to Salt Lake City to join forces with Travis’s father, John, at the Spectacle in 2006.