WE ACCEPT MOST EYEWEAR INSURANCE PLANS 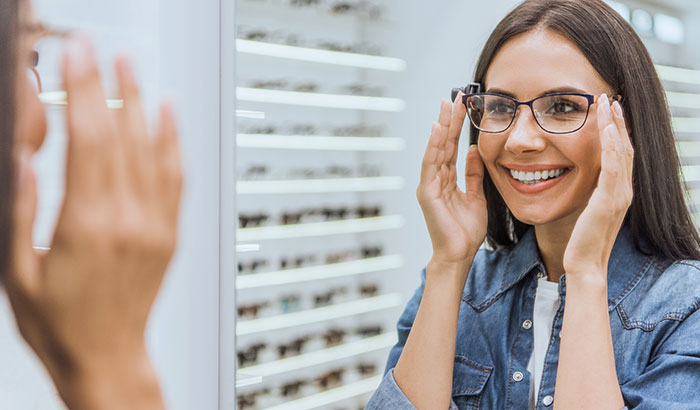 6 Different Vintage Eyewear Styles You Need to Know About

Vintage eyewear continues to come back in style and grow in popularity. With so many amazing styles to choose from, you can find the perfect vintage glasses or sunglasses to fit the different facets of your style and personality.

The right pair of glasses can change not only the way you look, but also the way you interact with the world around you. When looking for a new pair of glasses, it can be helpful to have an understanding of the many different styles of glasses and how those styles have evolved over time.

In this article, we will be highlighting some of the most popular styles over the last couple of decades that are now considered to be vintage. So keep reading to learn more and discover six spectacular styles you should know about.

The most identifiable feature of Windsor glasses is the roundness of the lenses and thin metal rims. Before modern technology and materials, it was easier to create refractive glass lenses that were round. With the round lenses and because Windsor glasses required less metal for the frames, this particular approach made eyeglasses more affordable in the 19th century.

Windsor glasses became popular in the late 1800s and have stayed popular to this day with wearers such as Gandhi, John Lennon, and the fictional Harry Potter. There are also variations of Windsor glasses that feature slightly less circular lenses, so don’t write off this style as outdated or too simple until you explore the options.

Rimless glasses have been around since as far back as the 1880s and have never fully fallen out of style. They were created out of the need to get rid of some of the weight and bulk of the heavy eyeglasses made from thicker glass and metals. Rimless glasses were lighter than other options in the 1800s but also became less conspicuous since eyewear was not favored or considered fashionable.

In fact, rimless glasses changed some of the stigmas of wearing glasses. At the time of their creation, wearing glasses was attached to the clergy or the elderly in an undesirable way.

Rimless glasses are generally a bit more fragile and delicate, since the lenses are often attached directly to the bridge or temple components of the eyeglasses that are thinner than other styles, but that hasn’t deterred people from still wearing this style contemporarily, including the late Steve Jobs and his iconic vintage eyewear that he made look so modern and sophisticated.

This style of vintage eyeglasses was originally made from animal horns or tortoiseshell, and this gave the glasses their distinct coloring and bold appearance that is now accomplished with plastic. In contrast to many other previous styles of eyeglass frames that were designed and manufactured with minimal plastic or thin metal components, horn-rimmed glasses became popular as early as the 1920s for the dynamic style that called attention to the glasses themselves.

Horn-rimmed glasses have come and gone over the last hundred years but have consistently influenced the design of new styles since their creation.

Browline glasses are a specific variant of horn-rimmed glasses and were an extremely popular eyewear style in the United States throughout the 1950s and 1960s. They get their name from the thick, pronounced upper part of the frame, which sits at the eyebrow level and draws attention to the wearer’s natural browline.

Another unique distinction is that these glasses had a thin wire frame on the underside of the lenses, while the rest of the frames were made of plastic. Vintage browline glasses and sunglasses have since reemerged, around 2010, as a popular retro or vintage eyewear style.

Cat Eye glasses were predominantly worn by women, but not exclusively, in the 1950s and 1960s. These glasses are somewhat similar to the browline glasses of the time, but are identifiable by distinct up-sweeping outer ends. Cat Eye glasses can commonly be found in a wide variety of colors and designs, sometimes with decals in the outer corners.

Some notable wearers of cat eyeglasses include Audrey Hepburn, Marilyn Monroe, and Elizabeth Taylor. While they are often connected to specific fashions of the 50s and 60s, many people today value the fun, flirty, and distinct style.

Originating in 1956, these glasses were characterized by their trapezoidal shape and thick rims. Wayfarer glasses were first considered to be a masculine style, but for women, these frames conveyed a sense of rebelliousness and independence. While they waned in popularity after the 1960s, they had a resurgence in the 1980s and 1990s when they had a bit of a redesign. Wayfarers became slightly smaller and thinner and easier to wear.

These changes stayed when vintage Wayfarer sunglasses became popular again within the last decade, and Ray-Ban is working to bridge the traditional style of vintage eyewear styles with new technology by collaborating on a smart glasses design.

The Spectacle has been a local Utah family-owned and operated business for over 30 years and specializes in creating the most stylish and comfortable name-brand, custom, and vintage glasses with exceptional service from start to finish. We can help you develop your signature look with a pair of glasses from the Spectacle.

Tom Cotton, a licensed optician, and owner of the Spectacle, has been making custom glasses since 1965 for celebrities, filmmakers, musicians, and everyday people looking for both style and comfort in their eyewear. In fact, some of the most iconic glasses that are now considered to be vintage eyewear were designed and delivered by Tom.

Located inside Trolley Square in downtown Salt Lake City, the Spectacle is your one-stop shop for name-brand glasses that are comfortable, stylish, and of the highest quality. Come by our storefront or contact us online for more information on how the Spectacle can help you find the perfect pair of designer or custom eyewear.

How Can I Tell If I Have High-Quality Glasses?